In origin the town had the function of emporium for the near and prosperous town of Segesta with which it shared its splendour and its decline.
It re-flourished under the Arabs and was influenced by the various following dominations which left important traces in the language, culture, and also in agriculture and cooking. 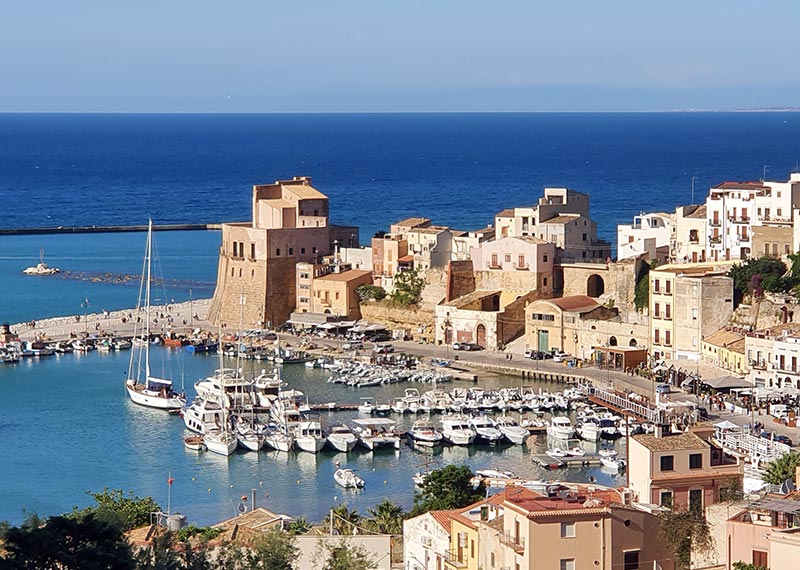 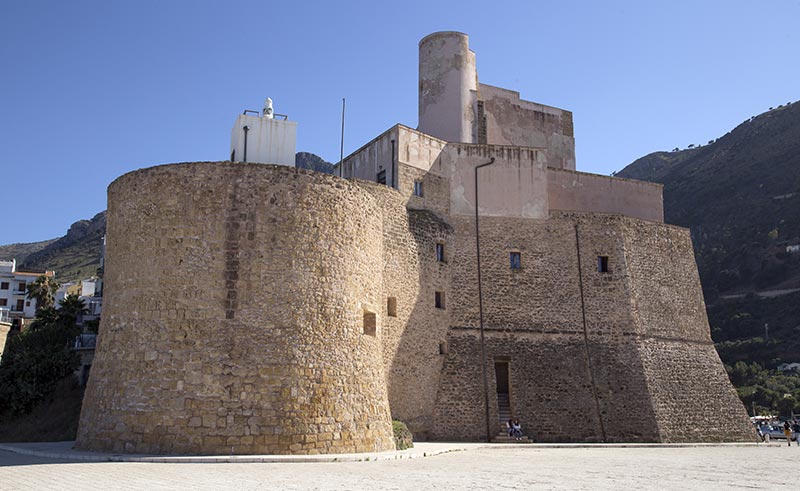 The cultural importance of Castellammare del Golfo, has been confirmed because the whole area around Erice belonged to the European cultural itinerary called “the route of the Phoenicians”.
Its geographical position, situated between two important airports, linked to the motorway A29 makes Castellammare Del Golfo the ideal place for a series of innumerable itineraries and trips, which will satisfy every need.
The surrounding area is a true concentration of natural beauty and several towns, rich in history and culture; less than an hour, for example, it is possible to reach towns like Segesta, Erice, Selinunte Trapani, Palermo, Monreale, while, directly from the harbour, the marvellous Egadi islands and Ustica can be reached by sea or making a trip along the coast to S.Vito lo Capo via the Zingaro Nature Reserve.

A few kilometres away from Castellammare del Golfo, the tourist can enjoy in all its beauty a coastline among the most attractive of whole of western Sicily, characterized by a series of coves and cliffs, covered in Mediterranean wild vegetation.
Inside this breath-taking landscape, after a few kilometres, you can reach “the old tuna fish station “ of Scopello, which faces the great series of rocks in the sea covered in spontaneous vegetation, while, on the above hill, you can find the well preserved XVI-th century rural village, with its little square, its fountain, and a beautiful rural house.
Here meet and melt two cultures: that of the seafaring life linked to the traditional catching of the tuna fish, with that of the agricultural life as is evident in the local cooking traditions. 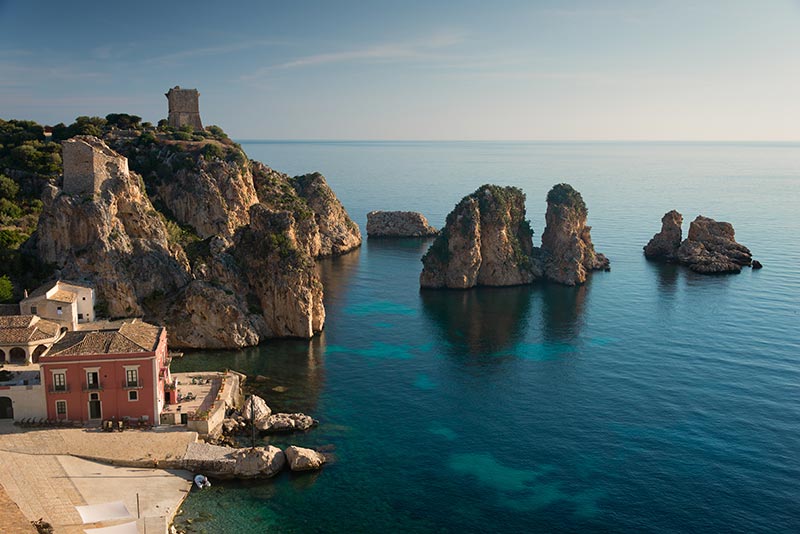 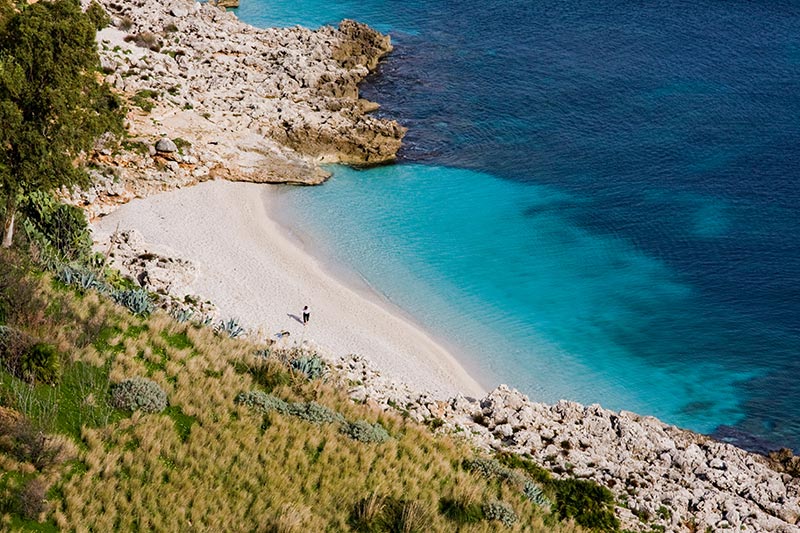 It was the first Nature Reserve in Sicily to be recognized and it is unique from both the panoramic and naturalistic point of view.
Seven kilometres of breath-taking coast with its deep or high cliffs and unpolluted coves, with its unparalleled colourful and crystal clear sea where spontaneous Mediterrranean plants lushly grow, like the dwarf palms and the myrtle bushes, and where more than 40 species of birds nest which can’t be found elsewhere in the island.
From an archaeological point of view there are some very important prehistorical sites left by man in the Uzzo sea caves.
The Nature Reserve is only open to walkers with entrances at Scopello and S. Vito Lo Capo, and it is well organized with paths, shelters, fountains, museums, parking and picnic areas.

According to legend it takes its name from the nymph Egesta who welcomed Enea escaping Troy after its destruction.
Segesta’fame, being the most important town of Elimi, is linked to the great Doric temple dated III rd century B.C., and which has been splendidly preserved, and also to the magnificent theatre which is situated on the top of the nearby hill, with its beautiful panoramic view of the valley below, a few kilometres from Catellammare Del Golfo.
Recent excavations have also discovered interesting ruins of successive ages.
So, a part the ruins of the old town, a castle, a wall and even a mosque have been discovered.
In summer, the theatre stages old and modern theatrical performances, and events of different genre. 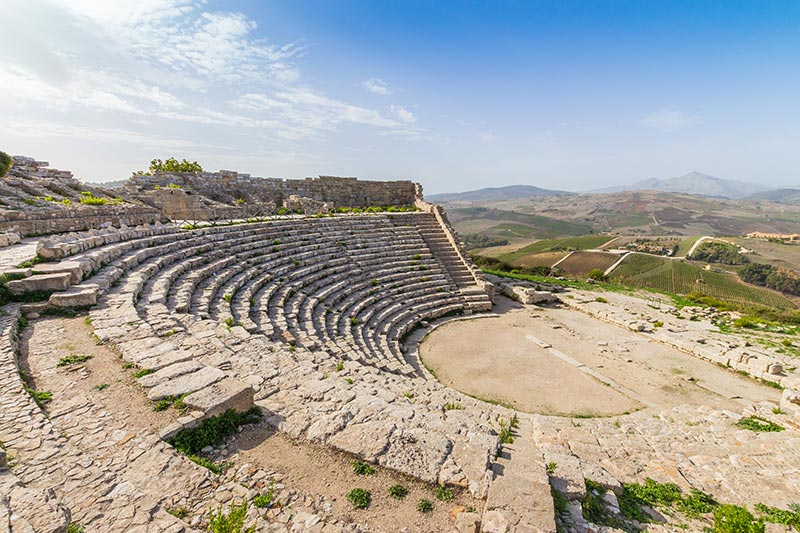 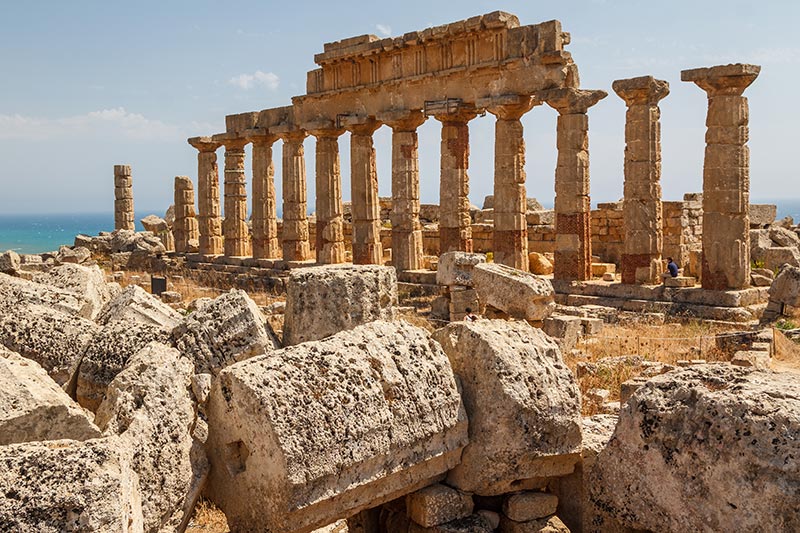 The most western of the Greek colonies in Sicily, founded in XVII century B.C. managed to flourish for a long time in spite of its uncomfortable position between its enemies the Elimi of Segesta and the Phoenicians of Motia.
It fought many times against the nearby town of Segesta and whose people being in danger, asked for help from the Carthaginens who, after a long siege, subdued and destroyed the town Selinunte (409 B.C.)
The latest archaeological excavations have uncovered a large area which includes more ruins of the old town and a large number of temples, a necropolis and a shrine.

Renamed "city of science" because it houses the Ettore Maiorana science centre, the small town has always been the place of myth and beauty.
Some historians have recognized it as being one of the towns described by Virgilius in the "Eneide" and it is a rare example of perfectly preserved medieval town. The small paved and silent narrow streets where overlook flowered courtyards, the fog, which often envelopes the town centre, give the illusion of a magical place outside time.
The surrounding panoramic landscape is breathtaking and touching. The small town still preserves some local traditions, as the production of the sweet smelling almond biscuits and cakes whose secret recipe was stolen from the jealous nuns of seclusion, and the typical multicoloured hand woven carpets. 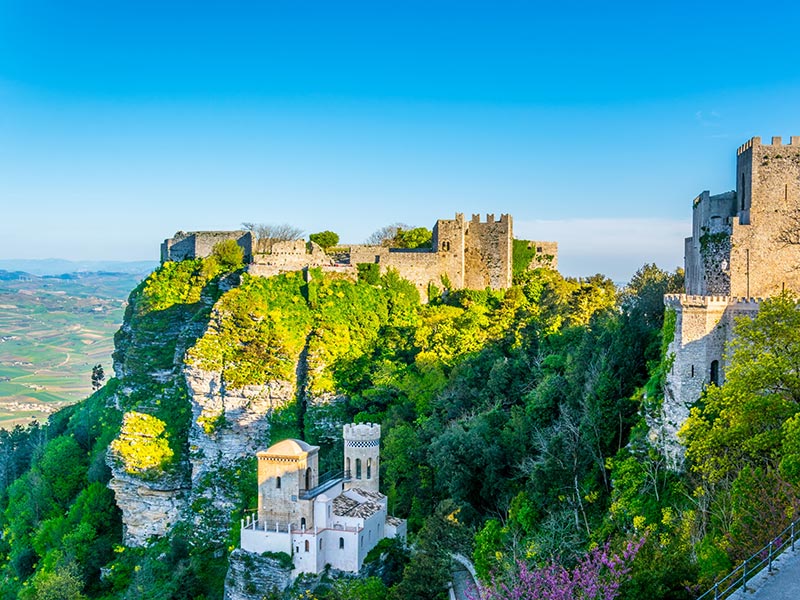